/// A story about Syrian refugees and mediation

A story about Syrian refugees and mediation

Last May 2016, the International Academy of Dispute Resolution (INADR) and the Greek Mediation Institute (GMI) organized the Athens Mediation Tournament for students and Universities which attracted huge publicity and was one of the most successful events ever organized by INADR. The event was hosted by Deree The American College of Greece and ALBA Business School and was supported by ODReurope and the Greek Association of Mediators.

The event was also special for one more reason and that was the initiative Dr. Elena Koltsaki , Member of the INADR Board, took, to invite two Syrian teams of students from the refugees camps located in Greece to participate in the competition. She has found them, trained them, supported them, gave them a different perspective of life. The Chicago Daily Law Bulletin was there to write their story… 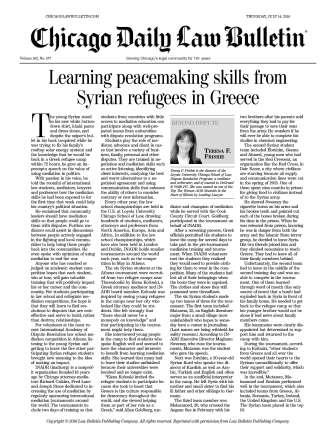